We hopped an early morning flight to Bali and flew into Denpasar Airport. For the first few days we wanted to relax in the quiet north of the island, away from the apparently uncivilised South. I had done a bit of research on how to get there using public transport and it seemed easy enough. At the airport we enquired about a taxi straight there but were quoted $60 and that was a lot more than I was expecting (and nearly a whole day’s budget to boot).

In hindsight we probably should have gone with it though. 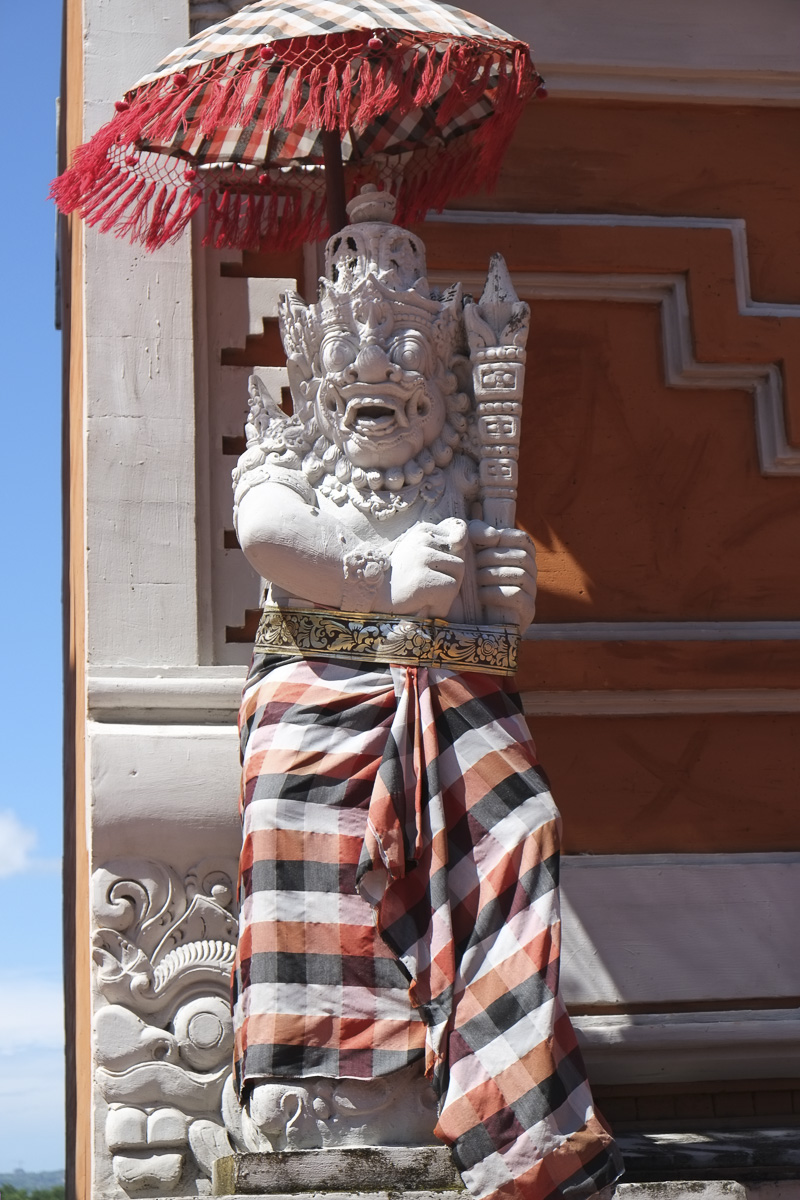 Our journey was eventful to say the least – even fun at times. First up we got a taxi from the airport out to Denpasar’s Northern bemo station. Bemos are small buses that whizz people around Bali – not to be confused with this guy…

At the station I knew to head toward the signs for Amlapura but the taxi driver had told us to ask for Karangasem. I hadn’t heard of it but it was on one of the signs with a bus underneath. On approach we immediately found ourselves in a tug of war between two bus drivers – clearly we were going to be paying the tourist price and not the local price. Eventually we got in a bus with the guy who gave us a better price (and also had a nicer, bigger bus) and set off… and stopped right outside… and sat there for ten minutes… and counting. We started getting a bit worried about whether we were in the middle of a rip-off scam, whether we could ever get to Amed etc. but after a wait and a few more passengers boarding we set off. Eventually more people got on board and we were pretty satisfied it was a real local service, operating to a real SE Asian timetable (ie, whenever we want). People came and went but we were travelling through to the end of the line at Karangasem. 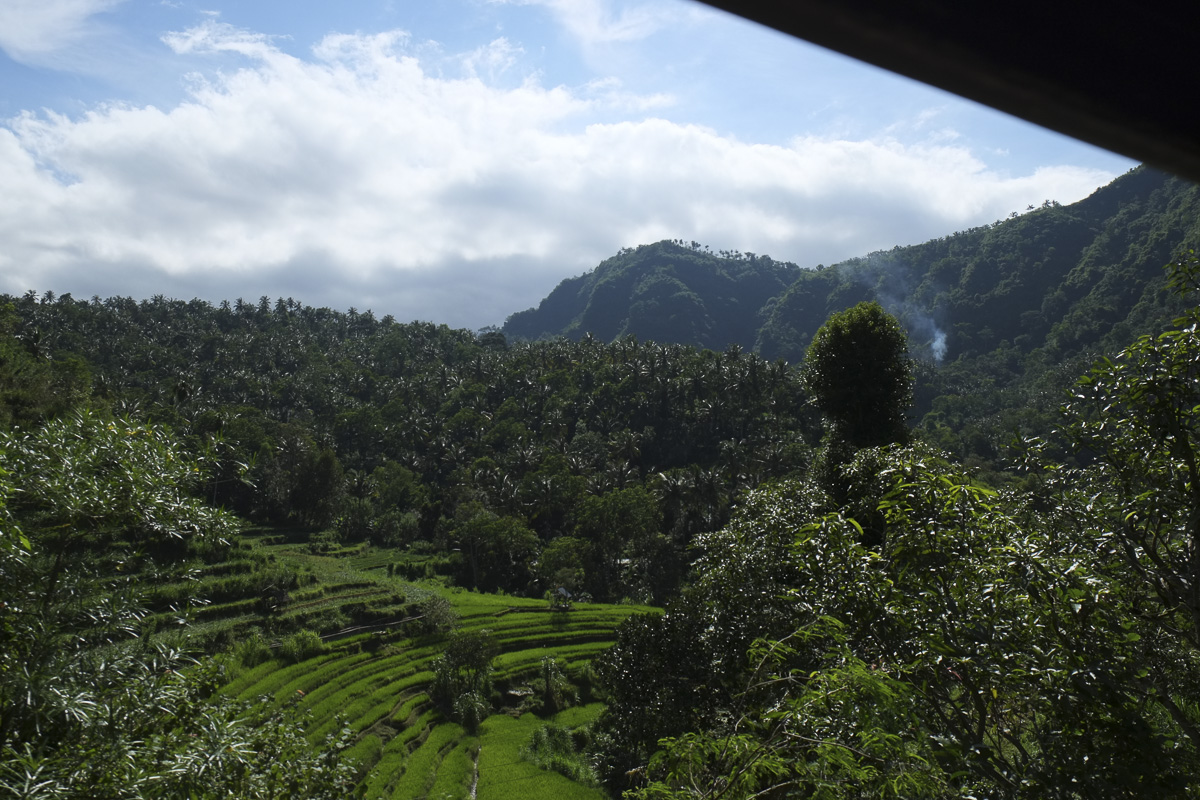 At Karangasem we were dropped by the side of the road by a convenience store – not the bus station as expected. However the guys on board assured us we could travel on to Amed from here. We got some supplies in the shop and in a conveniently short amount of time a bemo appeared outside. I say bemo, but I could probably have constructed a better quality vehicle from Meccano and Lego. We said Amed & the guy new the score – we hopped in but needed cash. I embarked on extensive use of international sign language to get across that we needed an ATM and eventually he clocked on and we were able to secure some money before heading onward to Amed. Then we embarked on a breakneck tour of central and northern Bali where the scenery is stunning – from jungle to rolling rice fields, the island instantly showed us why it is such a postcard destination. What the bemo lacked in air-conditioning it also lacked in side-doors so we got a nice breeze and a great gap for taking pictures out of. We came round to the coast and the roads got thinner, we stopped and the driver signalled for us to get out. I was tracking the journey on my GPS and it didn’t seem to be far enough but he was adamant he was going no further and we had to walk the rest of the way into Amed. Reluctantly we got out and carried on – maybe the road was impassable to vehicles? 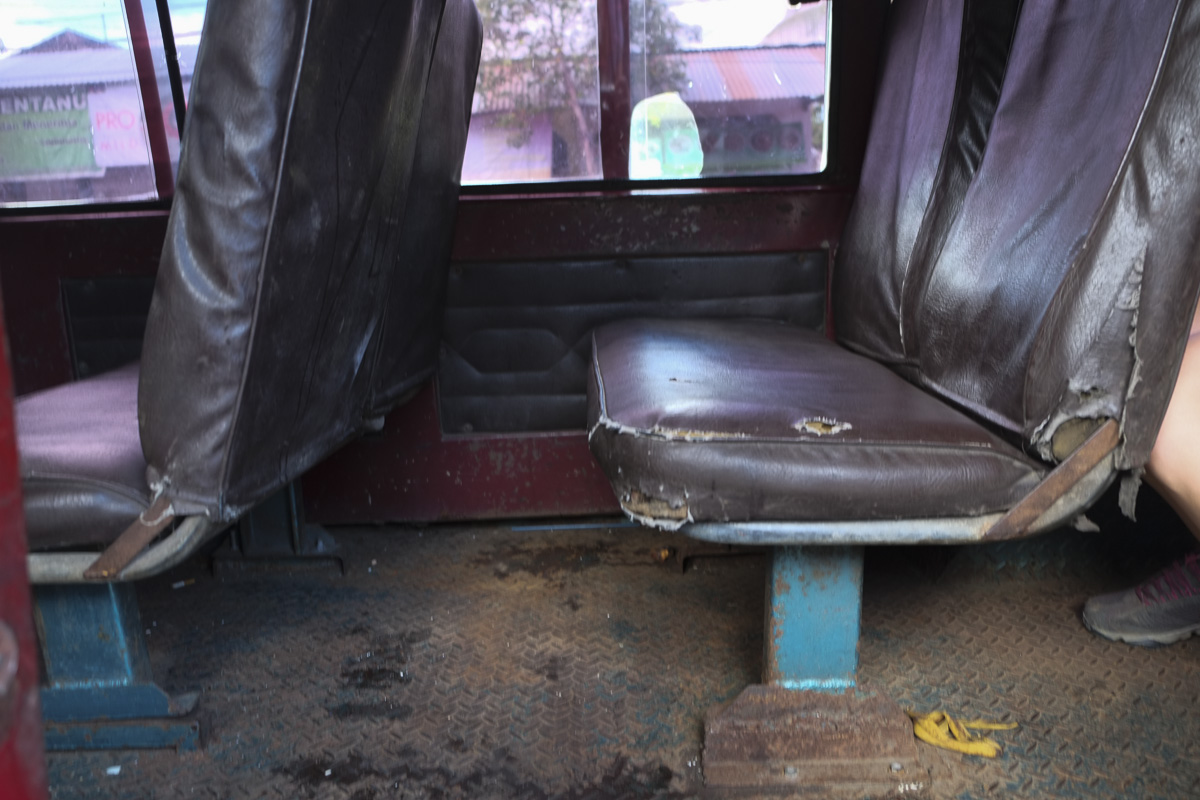 Turns out he was just a lazy bastard.

We had to walk a mile or so down a perfectly driveable road in the blazing heat. To see the positives we were able to find the one cashpoint in the area and scope out a couple of restaurants. Amed barely qualifies as a village – it is just a single quiet coastal road with a few restaurants and guesthouses along the way. Peaceful is an understatement! After what seemed like forever we got to Jemeluk (just next to Amed) where we were staying at Depotrek Villas. Mission over!