Temples and monks aren’t the only thing on offer in Luang Prabang. Kouang Si is a stunning series of waterfalls just an hour long minibus ride out of town (organise through any tour operator – we paid about $6.50 each for the return travel).

Once there we paid the $2.50 entry and headed for the first site, the bear sanctuary. Despite being a waterfall park first and foremost the park also contains a sanctuary for rescued sun bears. They have a nice big enclosure and seemed to be enjoying their cool baths in the midday heat. 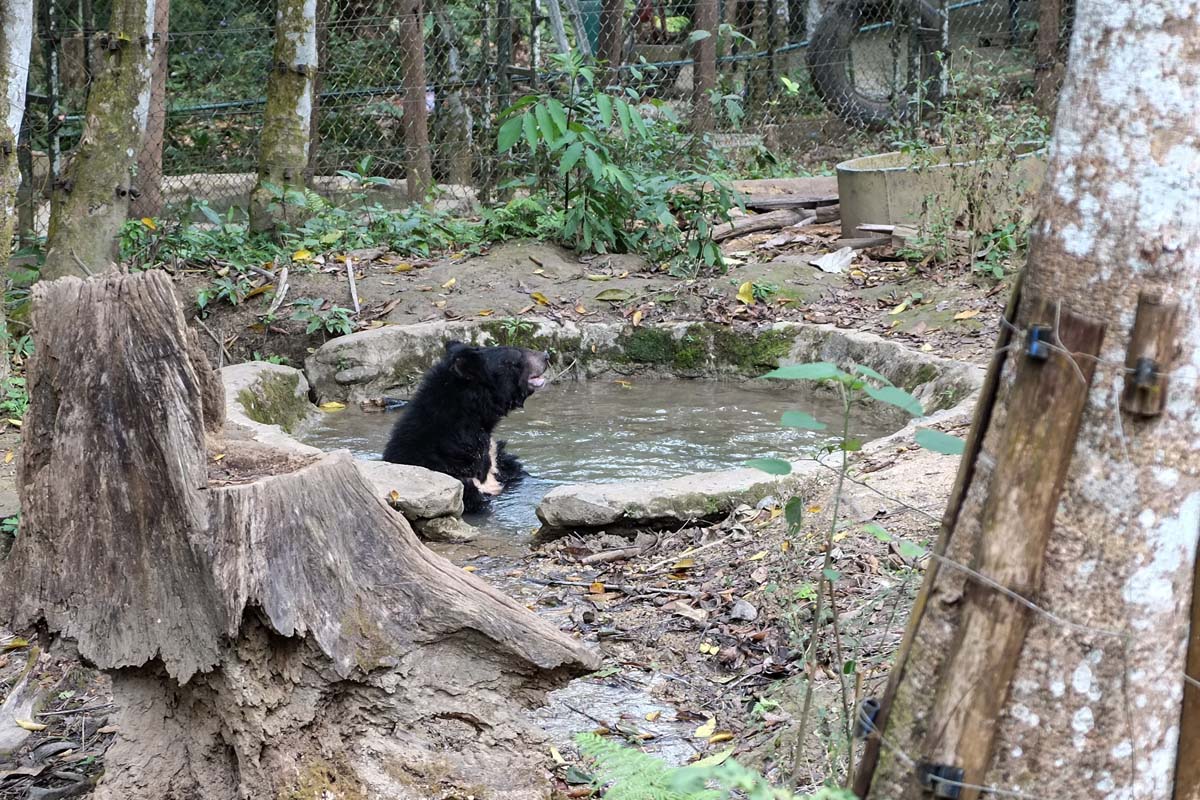 Further up from the bears we came to the first site, a stunning turquoise pool being filled by a small waterfall. We stopped for some pictures but things only got better after that. 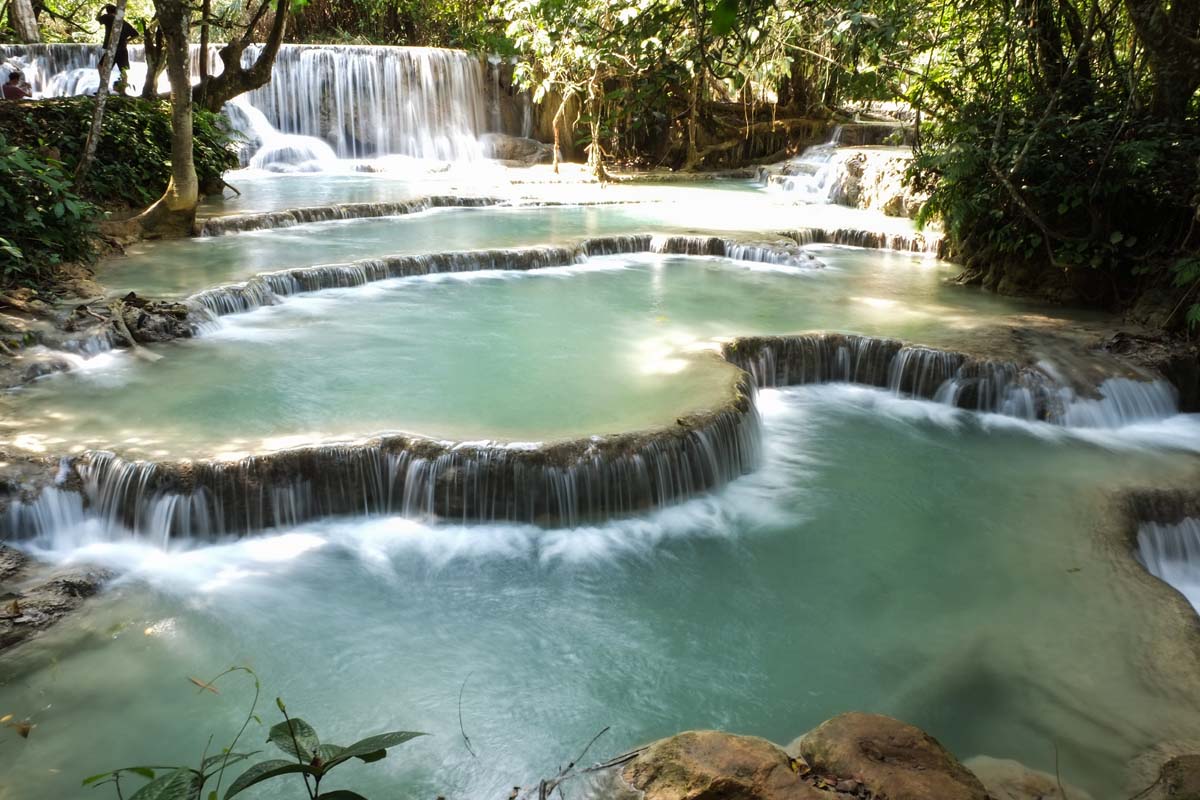 Kouang Si Waterfalls - the photos don't do the colour justice

Following the water upwards there are another 5 or so large pools divided by the falls. Two of these are open for public swimming and were packed with Chinese tour groups. There are small changing areas but no lockers for valuables, so I didn’t go for a dip as I had my camera.

I had an opportunity to get experimental with long exposures

The falls get more beautiful as you rise. 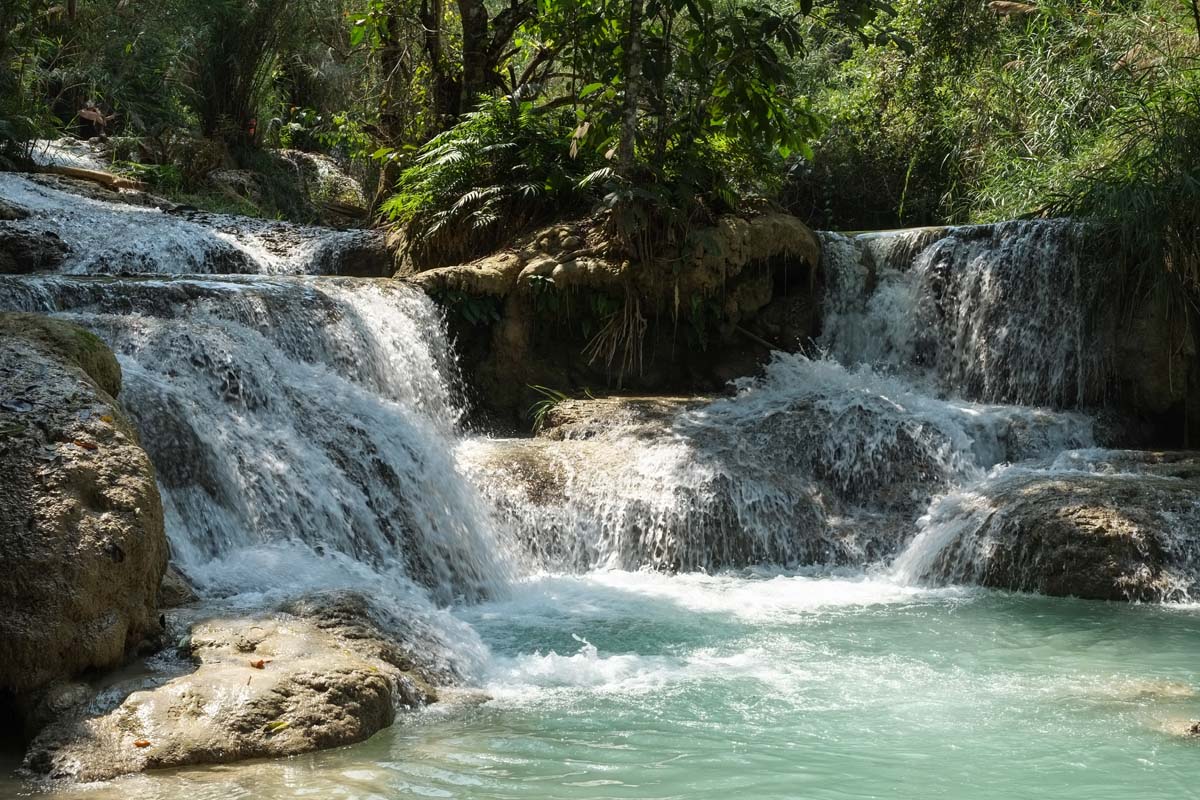 At the top you finally arrive at the main waterfall, which towers over the others and offers ample photo opportunities.

The daddy waterfall at Kouang Si

On each side of the falls there is a steep trail leading to the top. It was a bit of a clamber at times, especially with flip flops on, but the views from the top were well worth it. 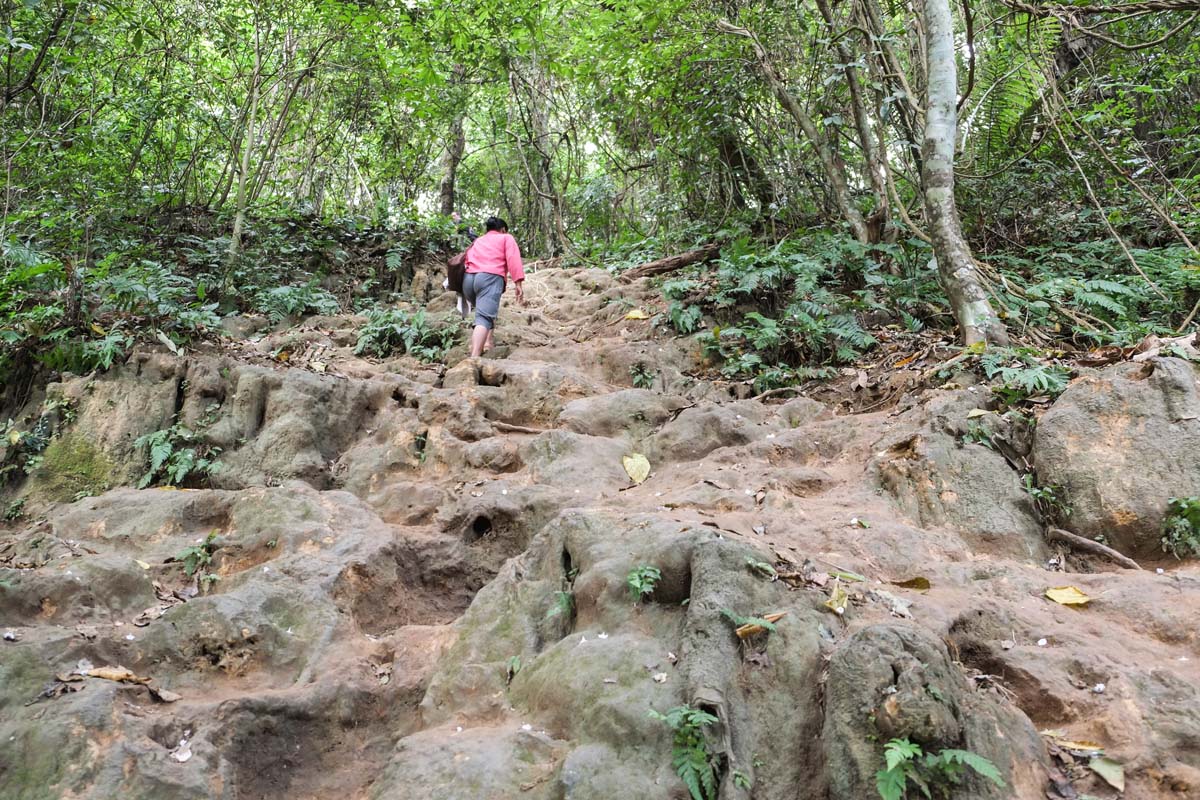 Climbing up to the top 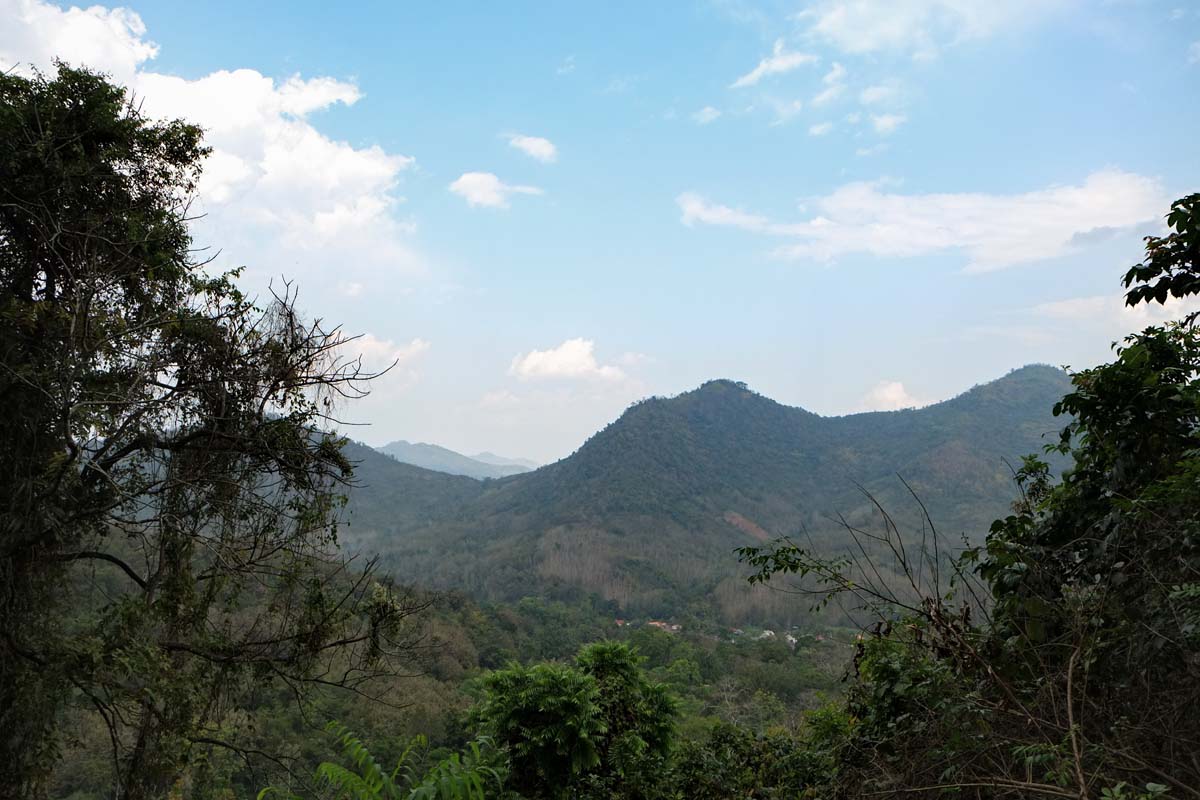 View from the top of Kouang Si - worth the climb

We took the right hand route up and the opposite way down. Coming down was almost as dodgy as going up, but the route to the left of the waterfall at least had some stairs for part of it.

And that was another mountain conquered on our travels!