Home » Laos » Laos: Vientiane – Brunch and not much else

No one I spoke to prior to leaving the UK had anything good to say about Vientiane. The sleepy capital of Laos seems a world away from the other metropolises of SE Asia. There’s enough to keep you occupied for a couple of days but any more than that is definitely time that could be better spent elsewhere. 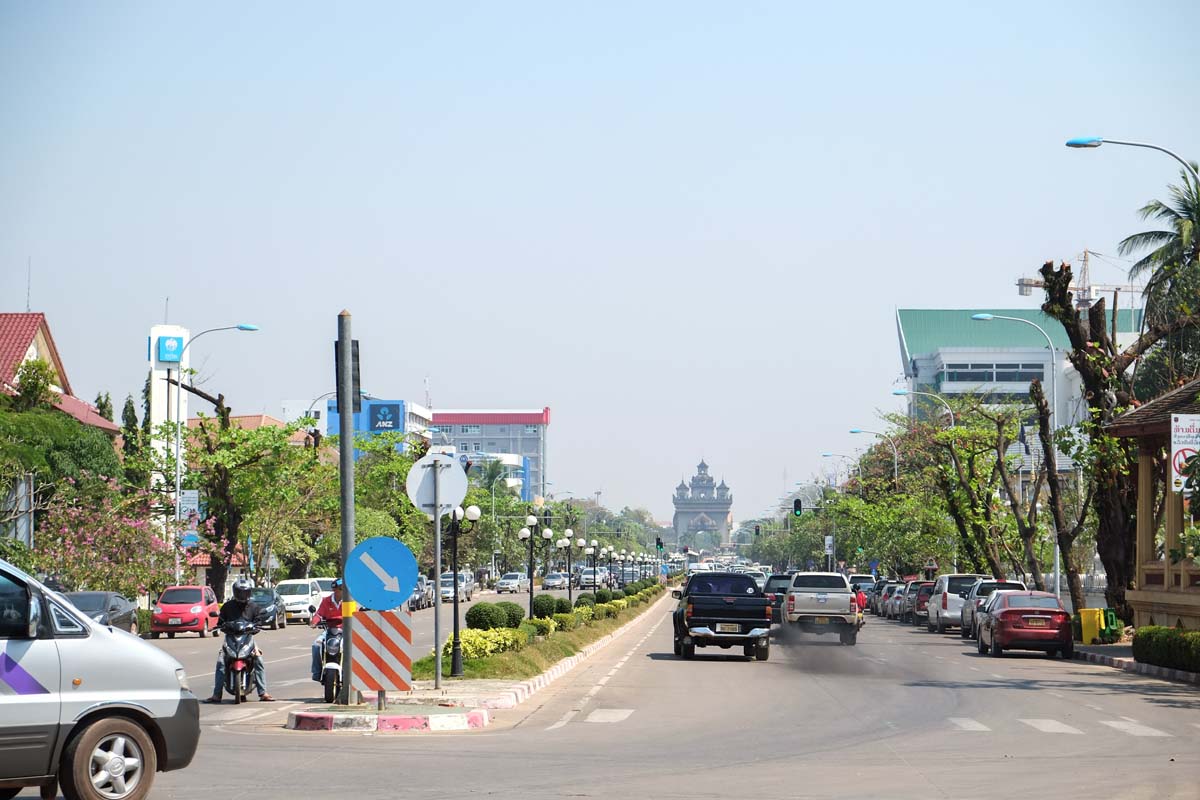 That being said there are a few sights. The main street in town is based on the Champs Elysee and the tree-lined avenue runs from the impressive looking Presidential Palace… 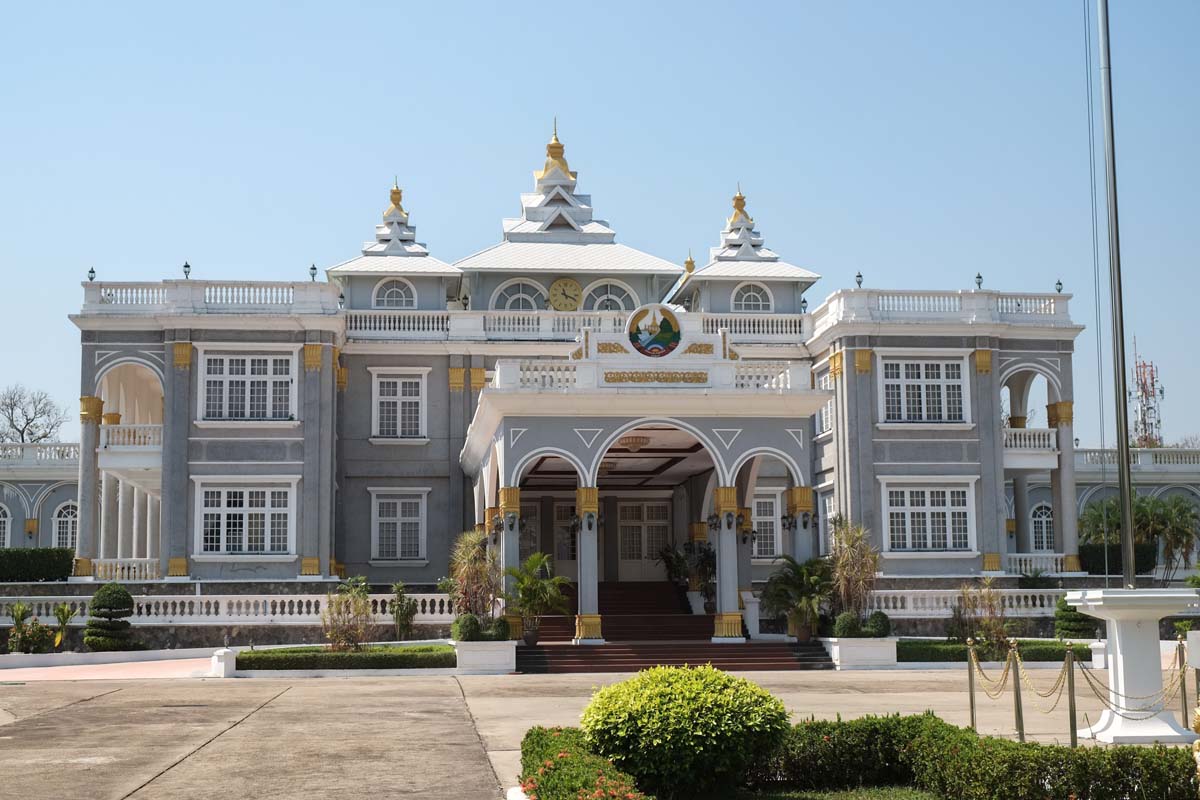 … all the way to their very own version of the Arc De Triomphe. Dubbed Patouxai, the concrete copy is still quite impressive to behold. For $2 you can also climb up the inside, through a series of touristy souvenir shops… 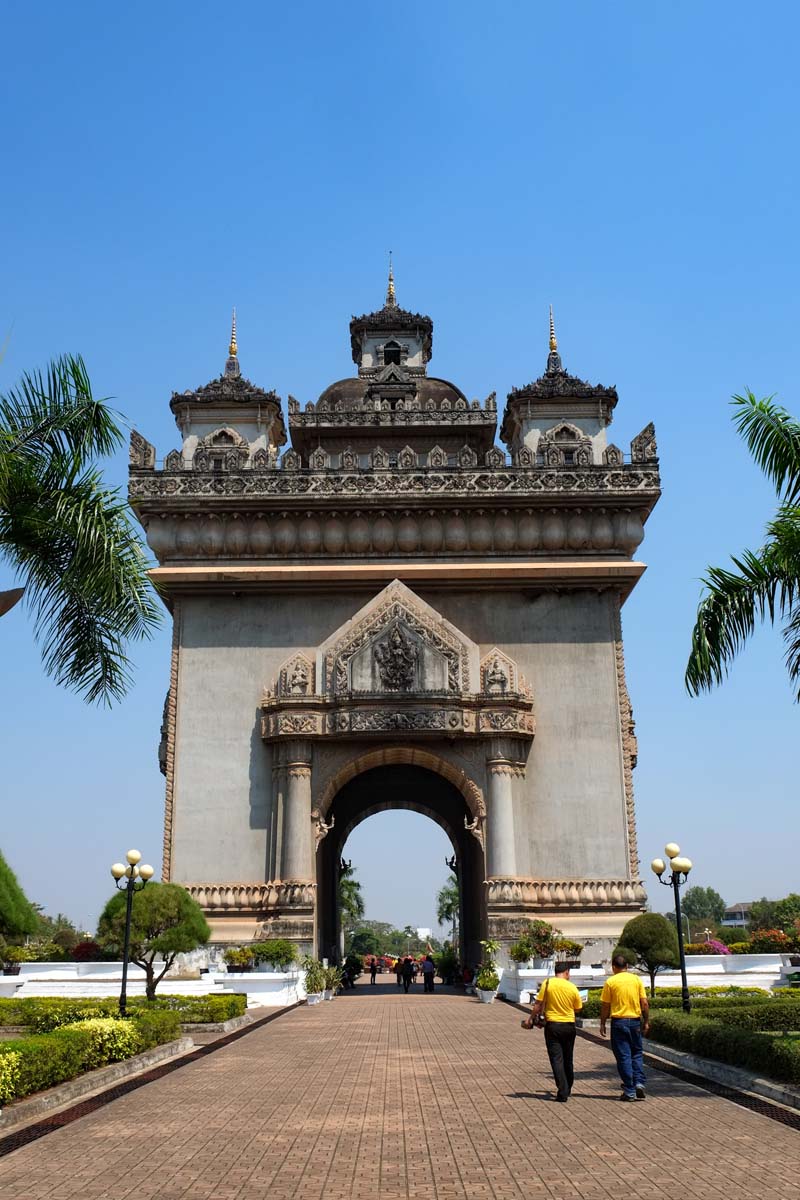 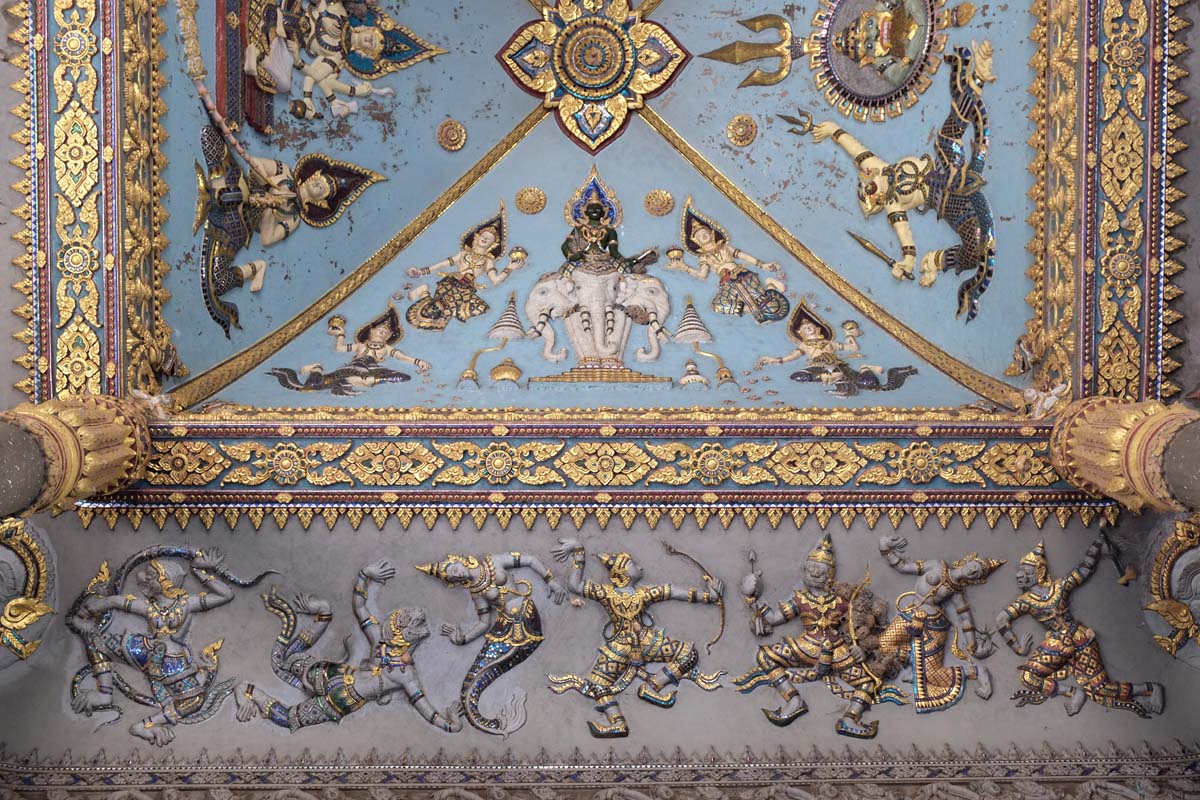 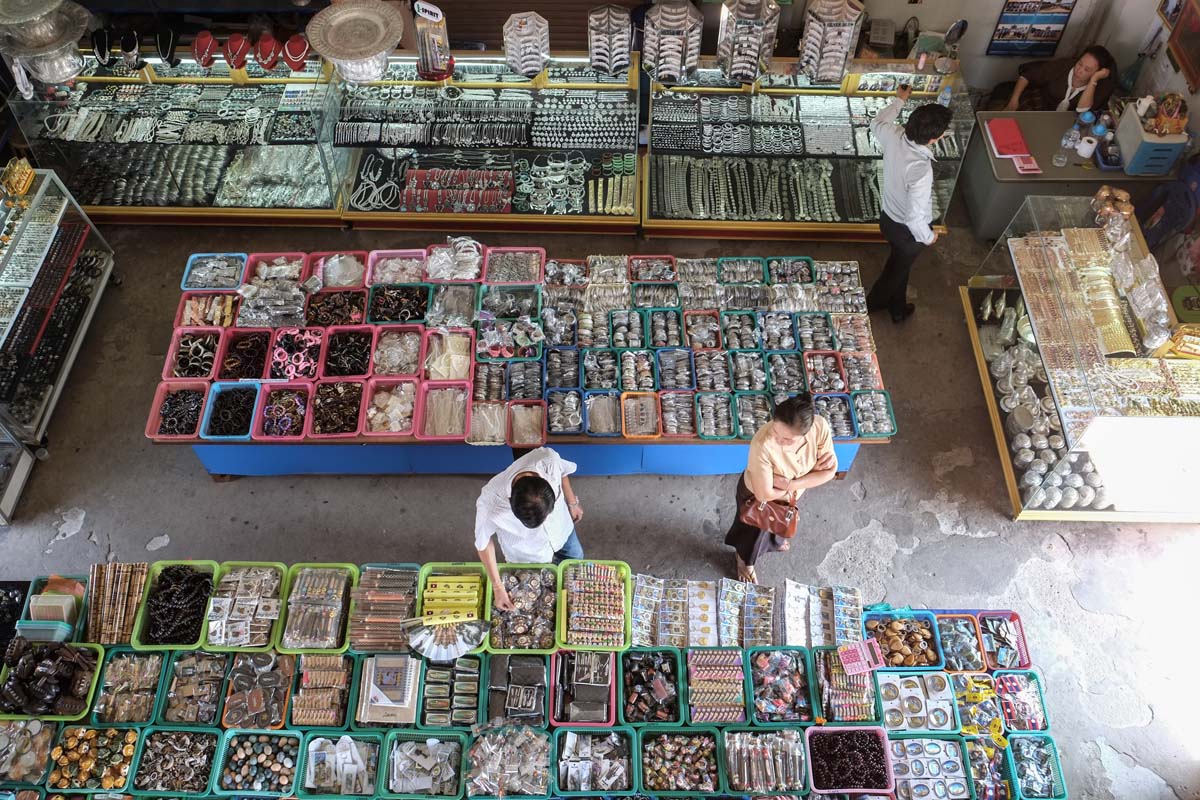 … to a pretty decent view view of the city from the top. 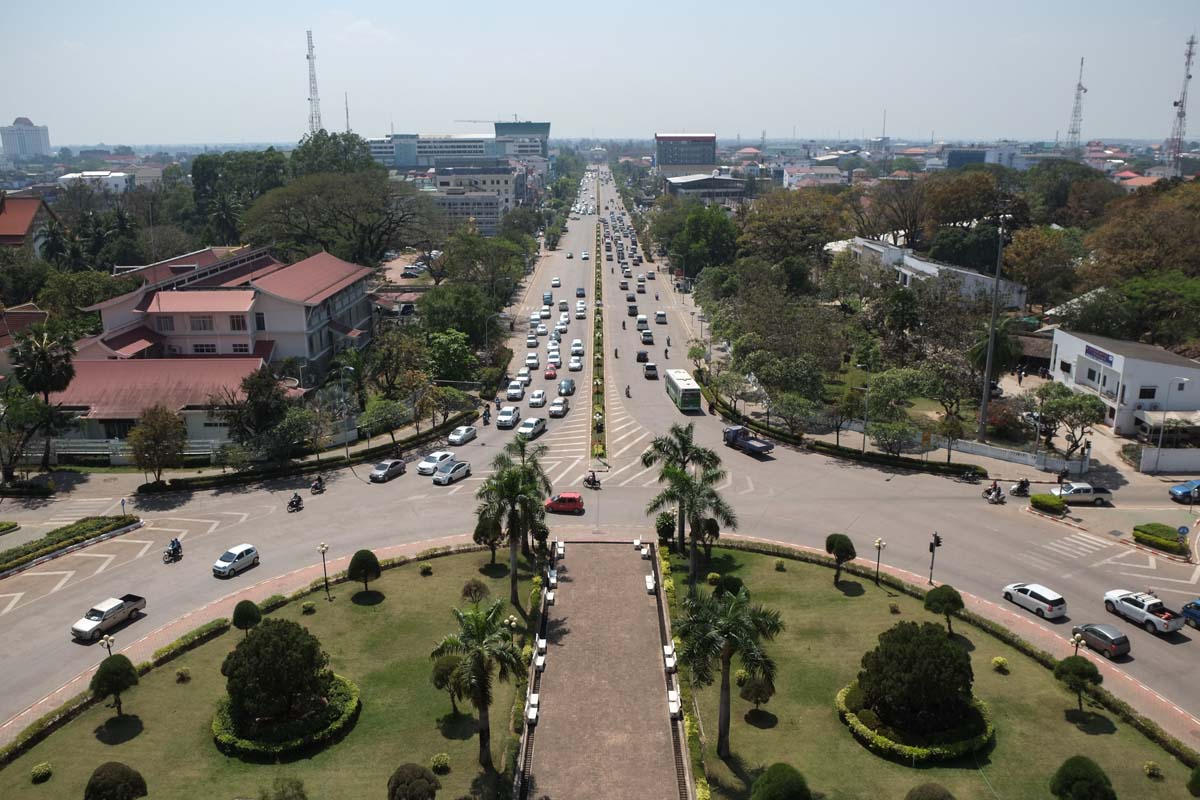 We also paid a visit to the oldest temple in the City. Wat Sisaket is close to the Presidential Palace. It’s not as big or striking as many of the capital temples of Asia but it held some interesting features, like outer walls lined with thousands of niches each containing a small Bhudda statue. 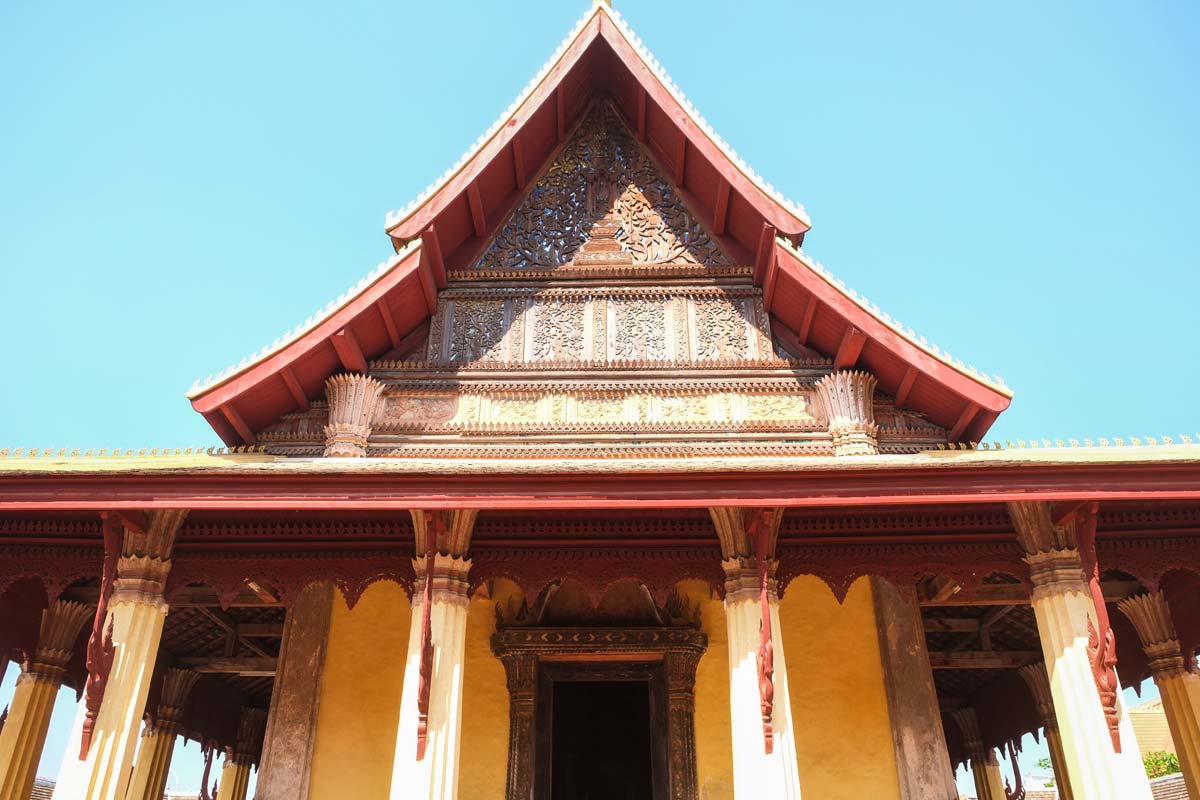 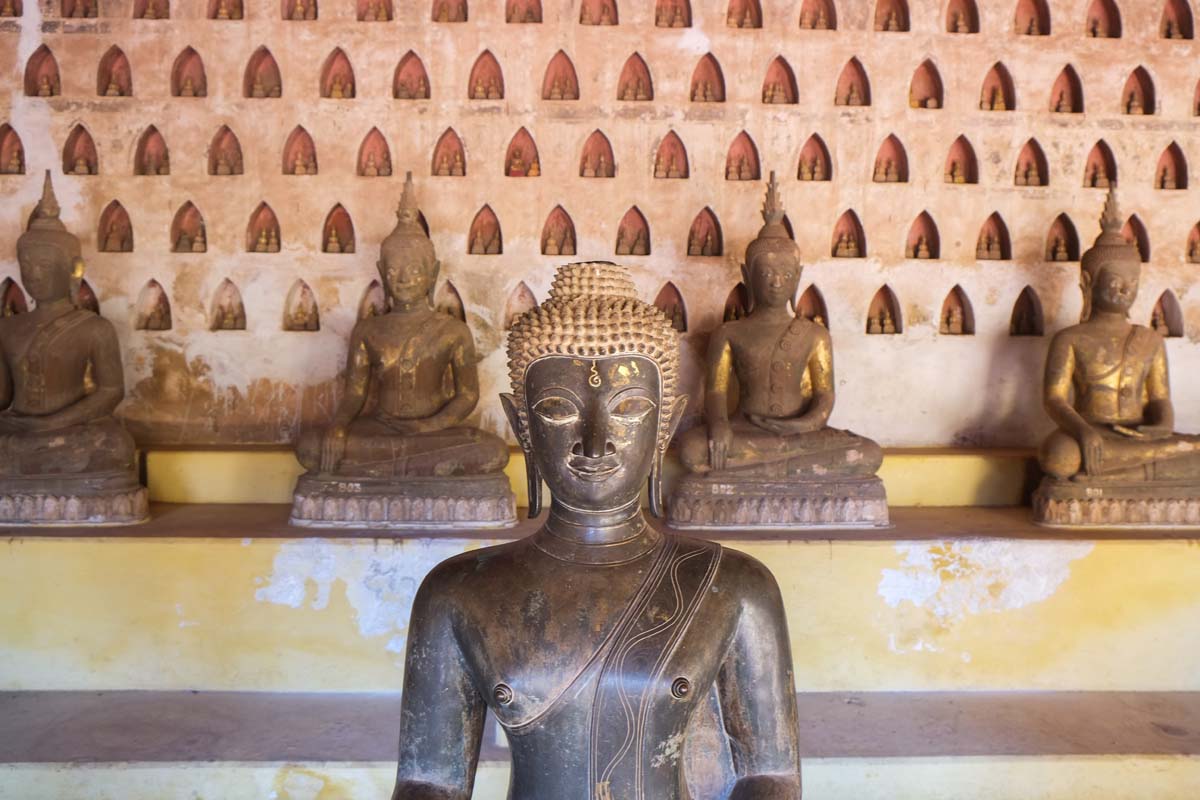 We spent a little time at the night market by the river and picked up a couple of final Laos souvenirs, other than that the whole of the capital tends to be tucked up in bed by 10pm! 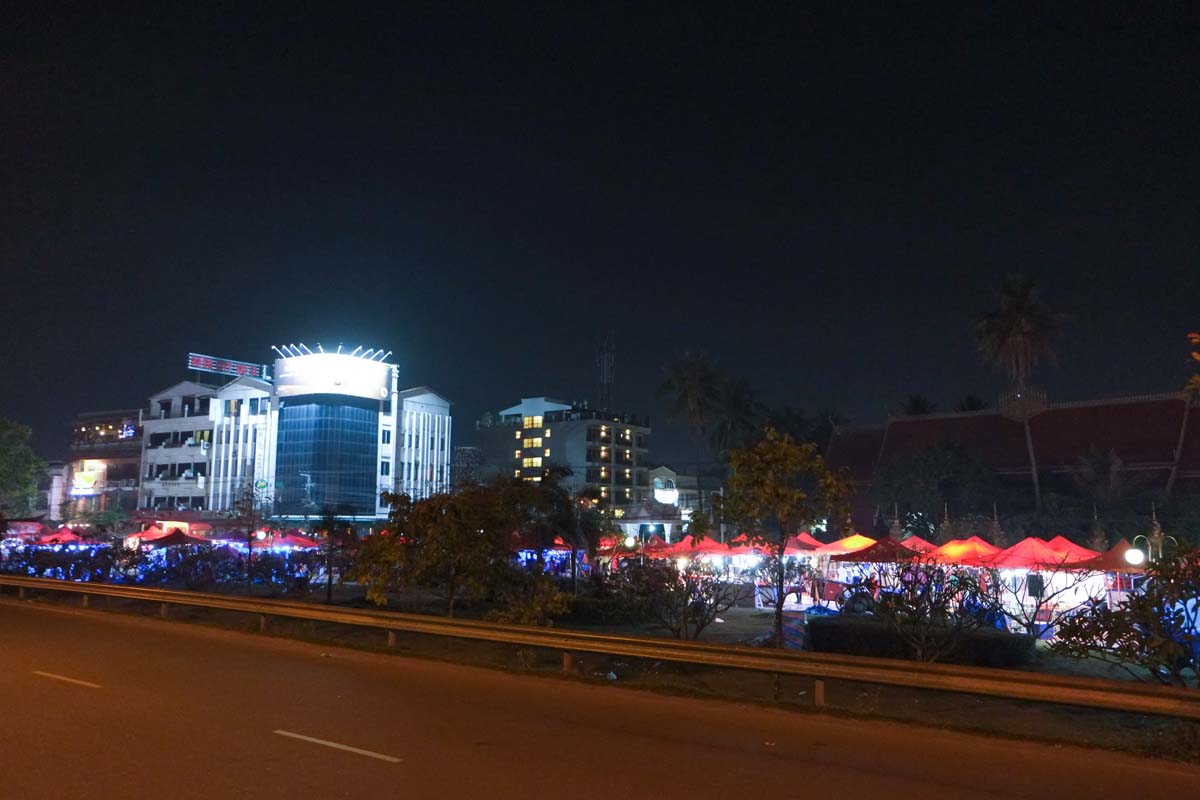 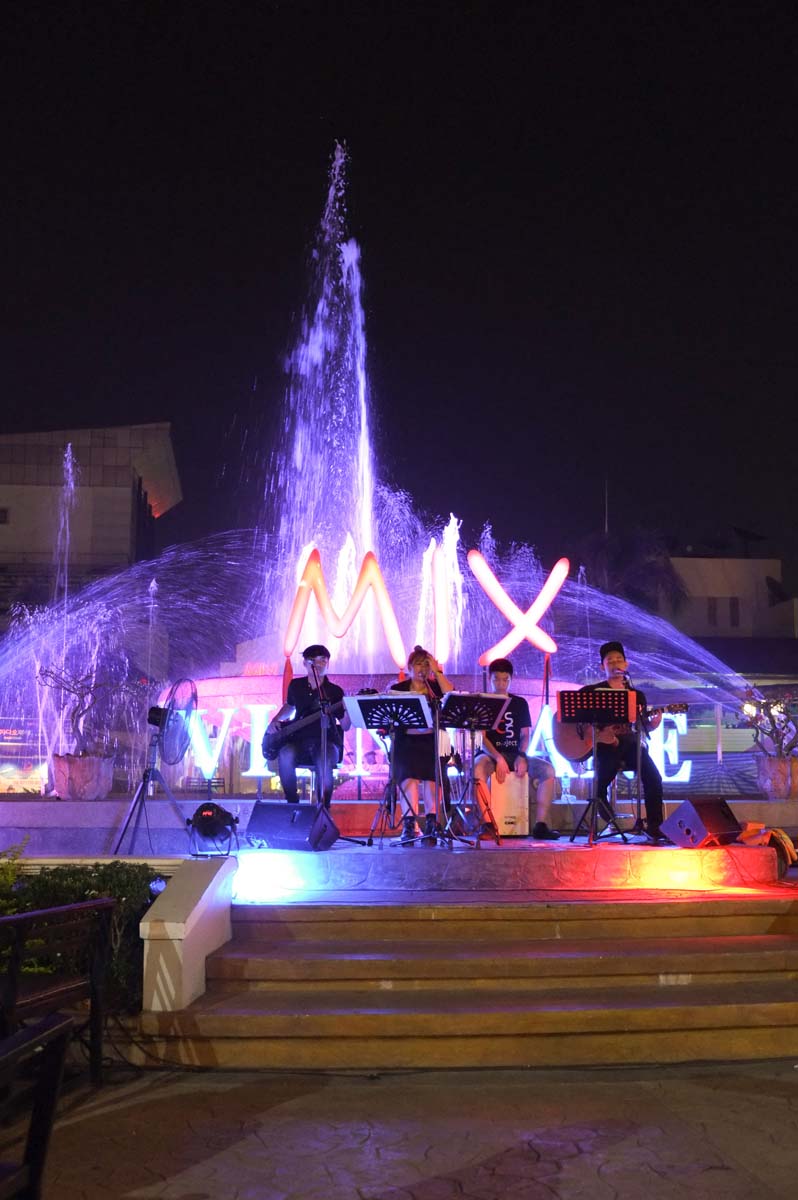 One thing Vientiane does have is some decent places to eat. Some are expensive compared to the rest of Laos, but worth it. The former colonial influence still runs strong, and included this amazing brunch which Ali enjoyed. 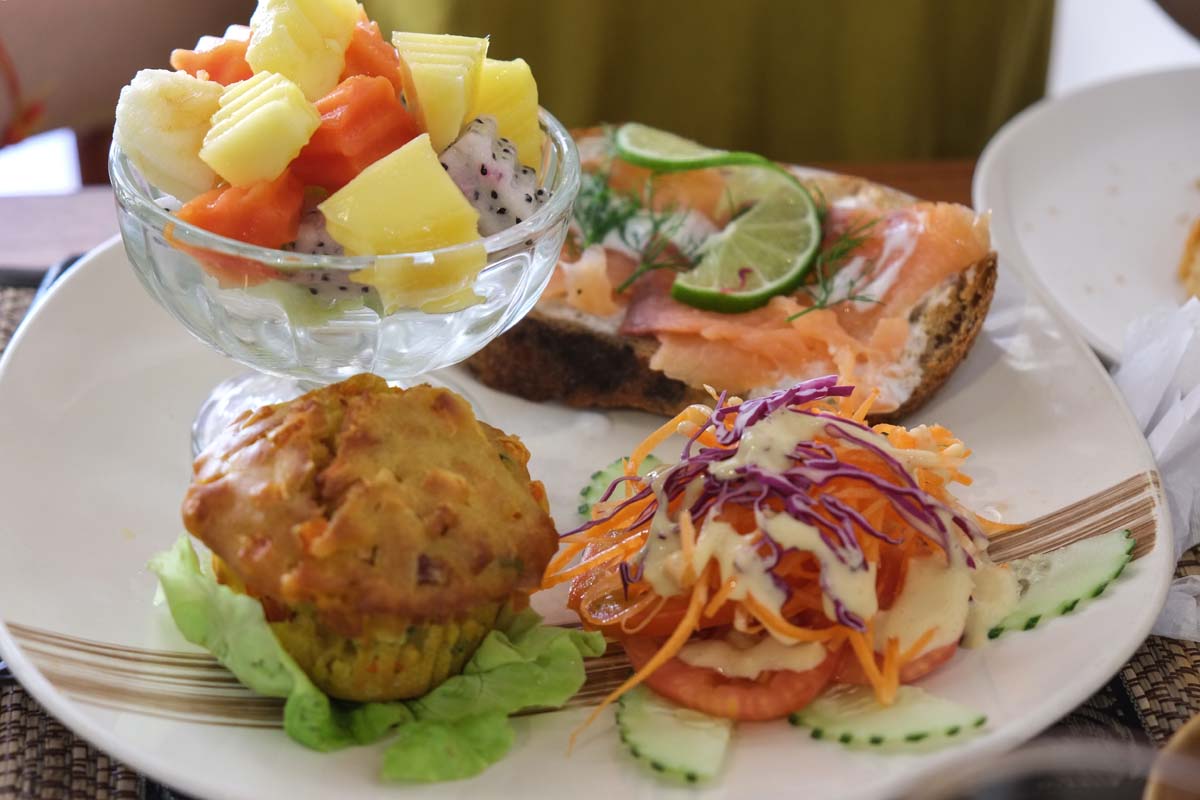 That’s really about it when it comes to Vientiane; not a place you’re ever likely to outstay your welcome! 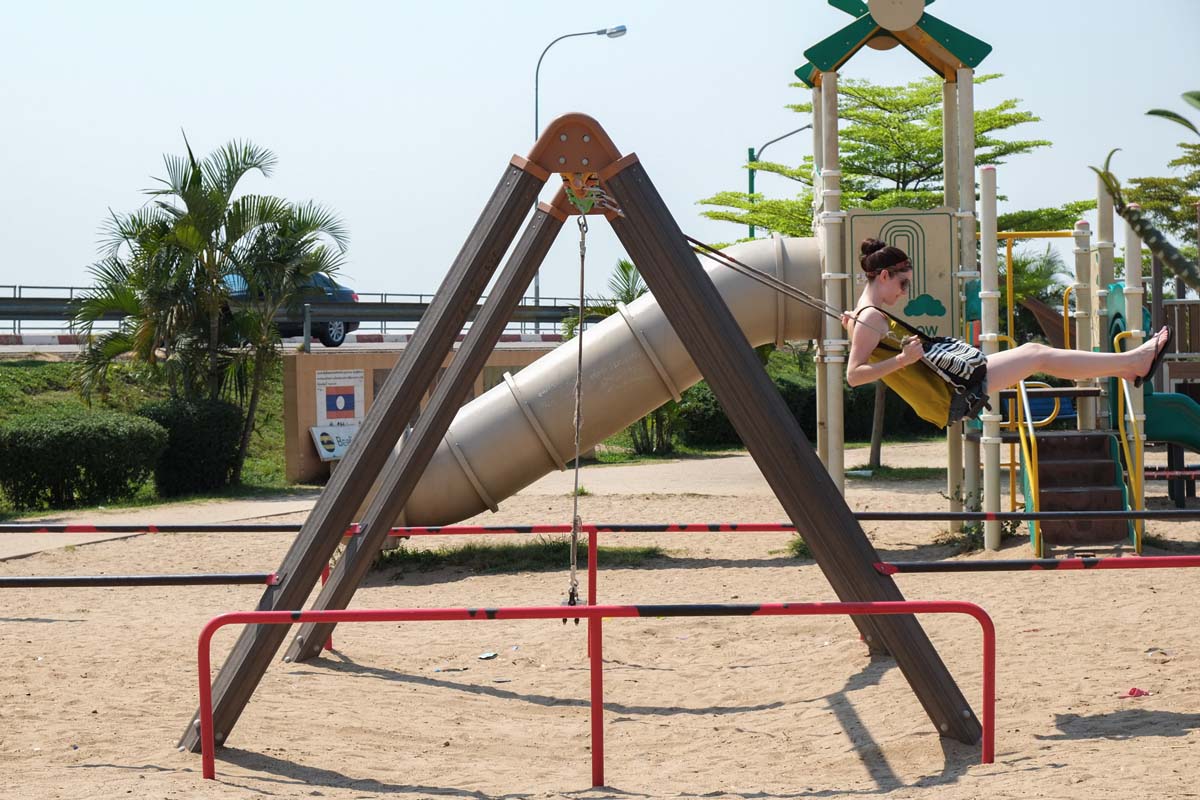